Microsoft recently announced the release of its BizTalk migration tool and we’ve been taking a careful look at what it can and can’t do, and at how it could be improved.

In this article, we share what we’ve learned so that you can be better placed to dig in and make the tool work for you. 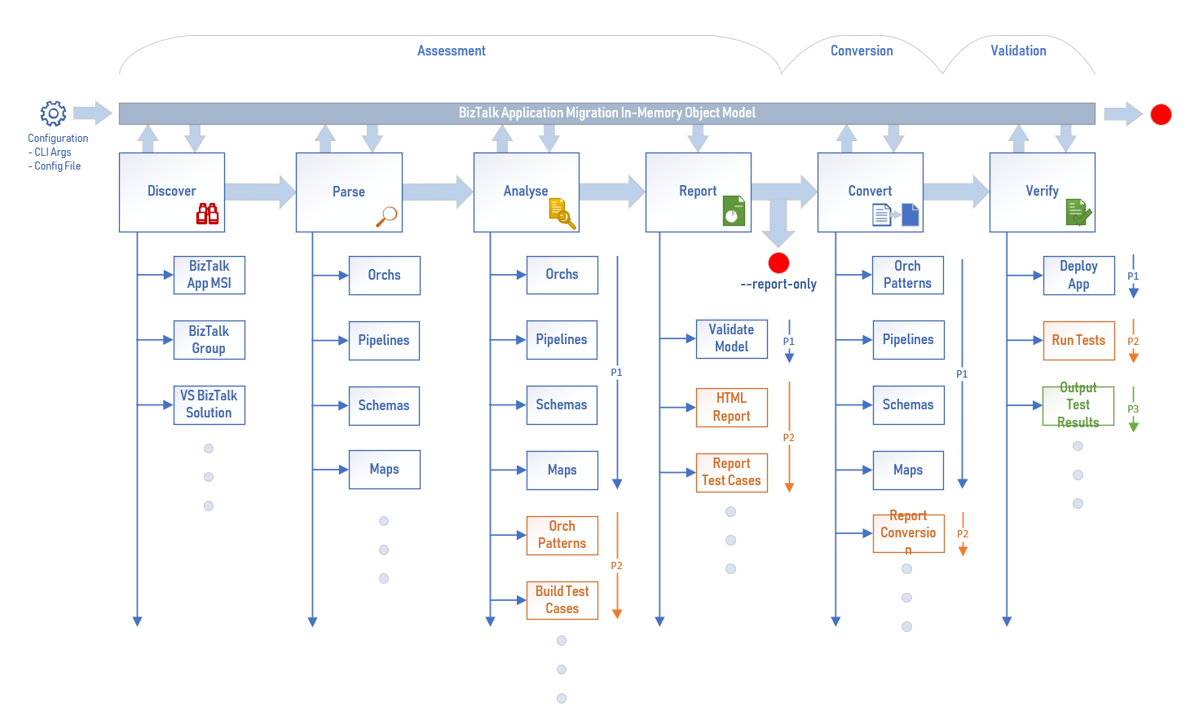 What do we know about the BizTalk Migrator?

We’ve already given our first impressions of BizTalk Migrator in our article Microsoft’s migration tool is finally here. Now that we’ve looked at the tool for a little longer, here’s what we can say with a bit more experience:

What’s interesting and unusual about the BizTalk Migrator?

We found it interesting that Microsoft started with a focus on file moving. This means there’s potentially something in the tool for everyone who tries it – probably a smart move to get people onboard early.

We weren’t expecting the tool to parse full orchestrations. Microsoft has made a start on this but there’s more that could be done, and we hope to see that happen as the tool matures.

The release was already overdue but the fact that the tool finally came out during the coronavirus pandemic does reignite the debate about when BizTalk might finally be retired.

With the ability to run logic apps on premises, users can migrate apps and still run them on premises, possibly side by side with BizTalk. Instead of replacing BizTalk, we might be able to take the workload off BizTalk piece by piece. We don’t think anyone has really considered this parallel approach before, but it could be the best way to manage a move away from BizTalk that avoids headaches for the techies.

There’s an increasing trend for tools like this to run via a CLI but one could argue that it would have been nice to see a GUI for the BizTalk Migrator. (We don’t think techies are really calling out for this, though.)

What we’d like to see from the BizTalk Migrator

Now that we’ve tried the tool, we know how complex it is and yet how easy it is to use. But it’s far from having a complete feature set.

We can’t be sure of how the tool will develop but here are some things that we believe would enhance the experience for users: