Does the BizTalk Migrator signal the death of BizTalk?

Since its release 20 years ago – yes, the year 2000 really was that long ago – BizTalk has been Microsoft’s de facto standard for anyone using an on-premises integration solution. While it never quite made it to the cloud because of the difficulty in making a high-availability solution, BizTalk has served the user community well over the past couple of decades.

But now that we have Azure Integration Services (AIS) and the new BizTalk Migrator tool, does this mean that BizTalk Server has had its day? 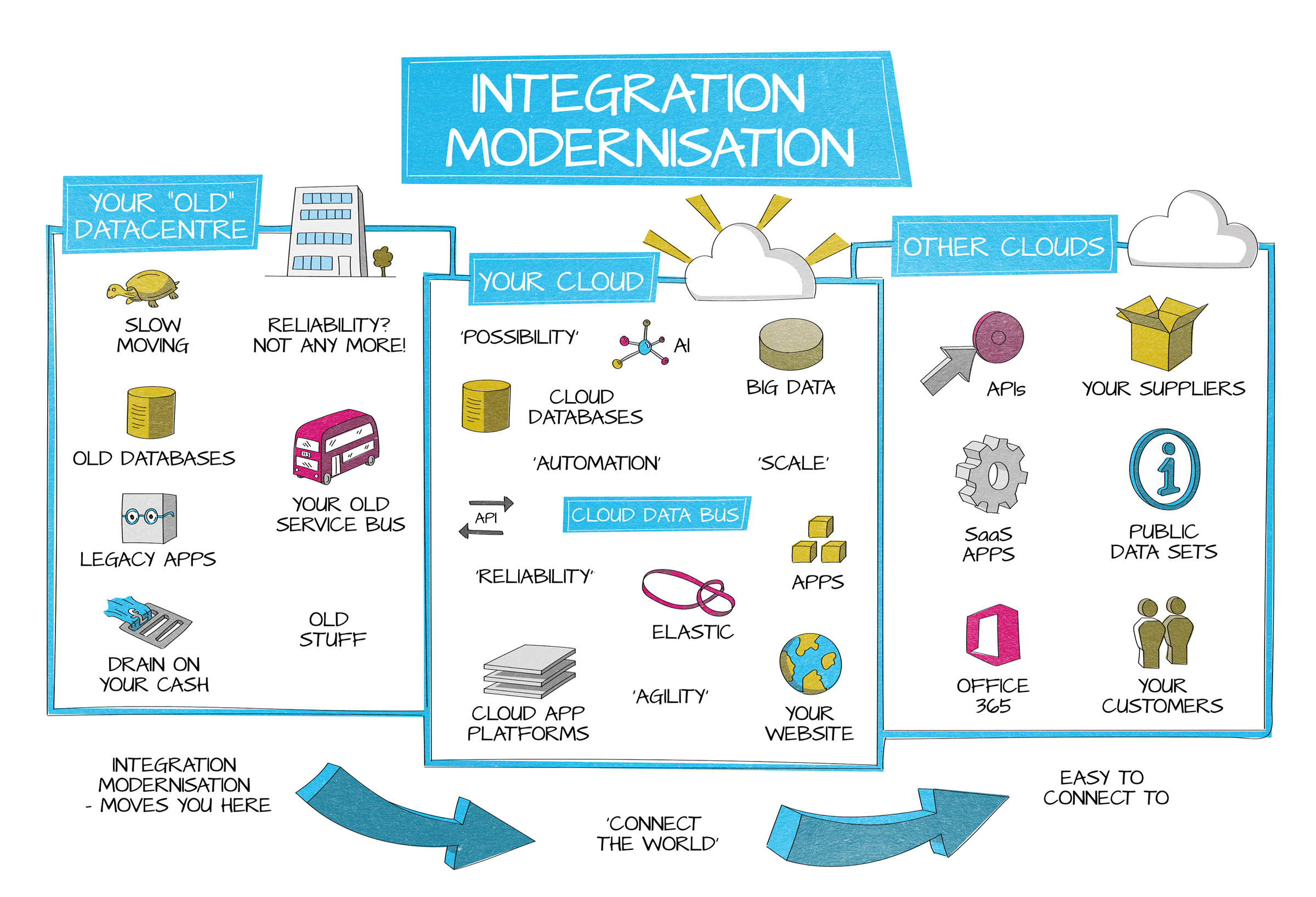 Integration in the cloud

AIS is today’s number one toolset for integration in the cloud, offering features that traditional BizTalk Server setups can’t, such as:

Microsoft sees AIS as its main focus for integration services, and so a lot of investment is going into positioning the AIS cloud-based integration solution as the default choice for all future projects.

This reflects the industry as a whole: the trend is for a cloud-first approach, as it makes app development and scaling so much easier.

Given that cloud services are on the rise and that more customers are moving on-premises solutions to AIS, the picture doesn’t look too rosy for BizTalk Server.

The thing is, Microsoft knows that many of its big customers have put a lot of time and money into their existing BizTalk Server installations. Politically, it’s awkward to send those customers a clear message that BizTalk as they knew it is on borrowed time.

But we can read between the lines of what’s been happening, and it seems that the imminent release of the BizTalk Migrator is the clearest sign yet that Microsoft really wants its BizTalk user base to move to AIS as soon as possible.

In case you’ve missed us sharing the news before, BizTalk Migrator is Microsoft’s new tool that supports the migration of BizTalk Server installations to AIS. It generates reports and partly systematises the process of moving apps to the cloud.

As a new tool, BizTalk Migrator can’t do everything just yet (see our articles on the launch of the BizTalk Migrator and what we’ve learned so far about it) but it has the potential to make BizTalk migrations much easier, quicker and cheaper – and that can’t be a bad thing.

Of course, Microsoft’s business imperatives to get people off BizTalk might not match those of many of its long-term users, but the sensible onlooker can safely conclude one thing: for businesses that use an on-premise installation of BizTalk Server, the best action is to move to a cloud-based integration solution as soon as is practicable. (And in this case, the obvious solution is to move AIS, with its richer feature set and scaling capabilities.)

Before you throw your hands up in the air and curse the need to follow suit, there’s a good bit of news for those who are wedded to the on-premises model …

You might have thought that AIS was exclusively used for cloud-based setups, but in fact an on-premises implementation is on the way – or at least, we think it probably is.

We say this because Logic Apps V2 runs on the Functions Framework, making it portable and hence something that can run locally. We think it’s reasonable to surmise that a full on-premises version could be in the pipeline. We’ll share what we learn about this as things develop, as this could be the solution that finally caters for many long-term BizTalk devotees.

We’re excited by this, as it means the same solution could be used on-premises or on the cloud, with the consumption-based “pay for what you use” model potentially being a real cost-saver.

What this all means for BizTalk users

Compare what’s possible on AIS with the traditional – some would say creaking – BizTalk setup and the prospects don’t look so good for the old stalwart:

Put this together with Microsoft’s development of and investment in AIS and the impending release of the BizTalk Migrator, and we think the message is clear: BizTalk is on the way out and it’s just a matter of time before it happens.

Will Microsoft admit this in as many words? No: that wouldn’t play well with some of their bigger clients. But we can see which way the wind is blowing, and everything points towards a move away from BizTalk being the smart play.

What should I do now?

We think it’s time to get your heads around the BizTalk Migrator as the smart way of moving off BizTalk and on to AIS.

We’ve been looking closely at what the BizTalk Migrator can and can’t do, so if you need some technical assistance with getting stuck in or simply want to have a chat to explore what options are right for your business, please do get in touch.